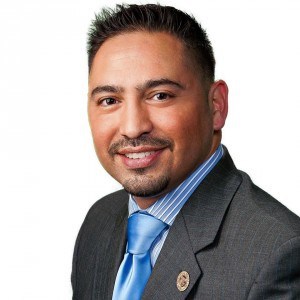 Martín was born in the Maryvale community of West Phoenix. His father is a 1st Generation Vietnam veteran and his mother immigrated from Cananea, Mexico. That upbringing gave Martín first hand experience with the struggles of working-class immigrant families and the difficulties they faced while seeking to be happy, healthy and prosperous.

Education gave Martín and his family hope for a better future and a path to achieve it. Martín attended public schools in the Peoria Unified School District, and later earned degrees from Glendale Community College, Arizona State University and ASU’s Sandra Day O’Connor College of Law.

In school, Martín’s values of activism and public service developed as he studied criminal justice, ethnic studied and law while he recognized that education had given him an opportunity that others had been denied because of cultural, financial or social barriers. He became involved in student and activist organizations to remove those barriers and give everyone the opportunities they deserved.

After earning his Bachelor’s Degree, Martín entered the political world as a research analyst for the Democratic Caucus of the State Senate and House of Representatives. There he fine tuned his understanding of how public policy was developed, implemented and how it contributed to the social barriers that existed. He left his profession at the legislature to pursue his law degree with the hope of arming himself with another tool to be an advocate for his community.

After law school, Martín served a judicial clerkship on the AZ Court of Appeals and started his own law practice before re-entering the political world as a candidate. Martín was elected to be the voice of the people of his community on the Pendergast Elementary School District Governing Board in the 2010 General Election and was re-elected in 2014 and 2018. He was appointed to the AZ House of Representatives in 2012 to represent District 13 and was elected to represent District 29 later that year. In 2014, Martín was elected to the State Senate and was re-elected there in 2016 and 2018.

Martín’s service to his community both in and out of public office has been recognized multiple times over. He’s been named the Congressman Ed Pastor Outstanding Graduate Student, one of AZ’s Top 40 Hispanic Leaders Under Age 40 by Univision Radio and the Hispanic Chamber of Commerce and has been recognized as the Politician of the Year by the Phoenix New Times and School Board Member of the Year by the AZ Latino Administrators Association, among many others.

Although Martín is proud of his recognitions, his greatest pride is serving as the voice of the people of Maryvale and Glendale in District 29 in the State Senate.

Contact us to see how you can positively impact your community!
LET'S GO!